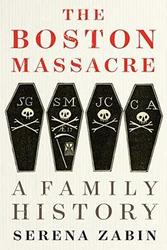 The Lexington Historical Society Book Group meets five times each year, and new members are always welcome! Our 2020-21 season will be "pay as you go", with a discounted rate for Zoom meetings where dinner will not be included. In-person meetings include a catered buffet dinner from Neillio's.

Our second meeting will be hosted by author Serena Zabin, who will lead a discussion about her most recent book, The Boston Massacre: A Family History.

This year, on the 250th anniversary of the Massacre, some of the names of those involved in the tragedy have become common names: those like Crispus Attucks and Captain John Preston are remembered by history. But there were others intimately involved in the altercations between soldiers and civilians who have been forgotten by history until now. For many of these soldiers brought their wives with them from England, and still more befriended and married locals, becoming real, though sometimes contested, members of the local community. These families lived elbow to elbow with the rest of Boston, working, having children, and trying to survive in a sometimes hostile environment. Their stories are just now being heard.

Join us for the whole series :
January 12: Voyage of Mercy: The USS Jamestown, the Irish Famine, and the Remarkable Story of America's First Humanitarian Mission by Stephen Puleo - Author-led discussion!
March 23: The Woman's Hour: The Great Fight to Win the Vote by Elaine Weiss
May 11: The Splendid and the Vile: a Saga of Churchill, Family and Defiance During the Blitz by Erik Larson 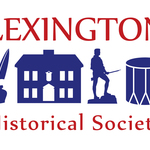